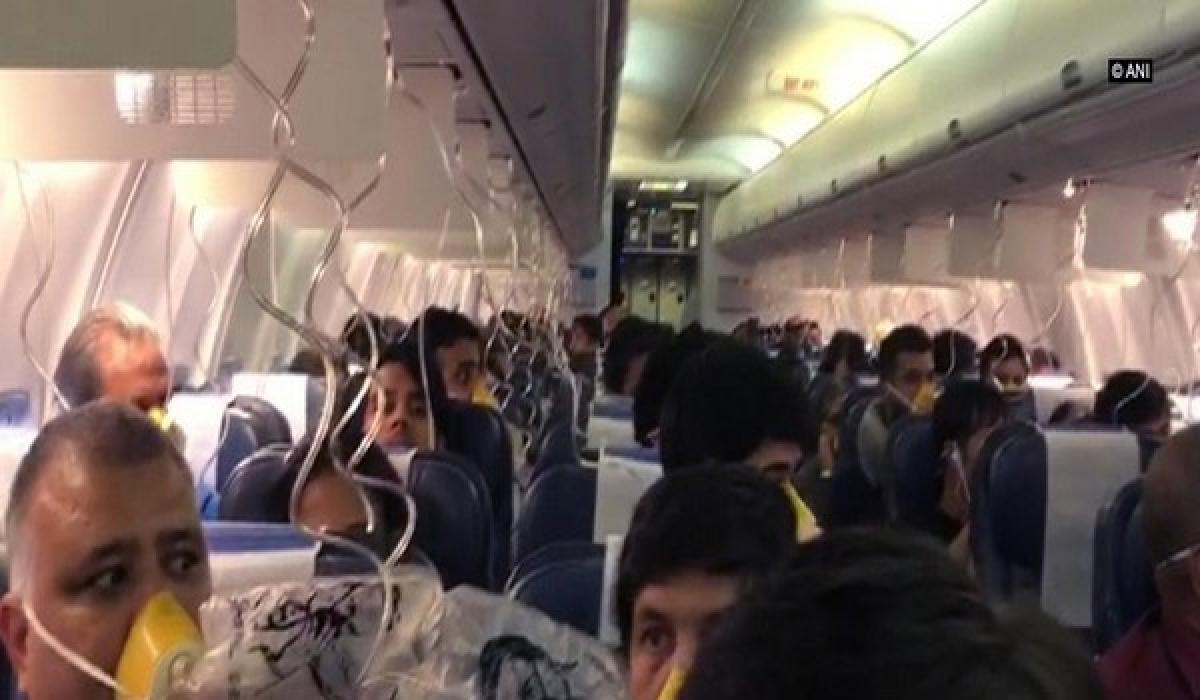 New Delhi [India]:The Ministry of Civil Aviation (MoCA) has sought a report from the Directorate General of Civil Aviation over the incident wherein loss of cabin pressure caused a scare on board Jet Airways flight 9W 697 earlier on Thursday.

Taking cognisance of the matter, the MoCA said that the crew members who were on duty for the particular flight are being de-rostered on account of the incident.

Earlier, the DGCA, in a statement, said that the Aircraft Accident Investigation Bureau (AAIB) has started an investigation into the matter.

The Jaipur-bound flight was turned back to Mumbai after several passengers suffered ear pain and nose-bleeds, during take-off due to loss in cabin air pressure.

Subsequently, Oxygen masks were deployed for the passengers on board.

The Mumbai-Jaipur flight with 166 passengers and five crew members on board landed safely in Mumbai and all the passengers were deplaned.

Of the 166 people who were on board, 30 were affected and have been given treatment.

The flight took off for Jaipur from Mumbai at 10.15 am.