FIH mulling to have India, Pakistan play home and away ties in Europe 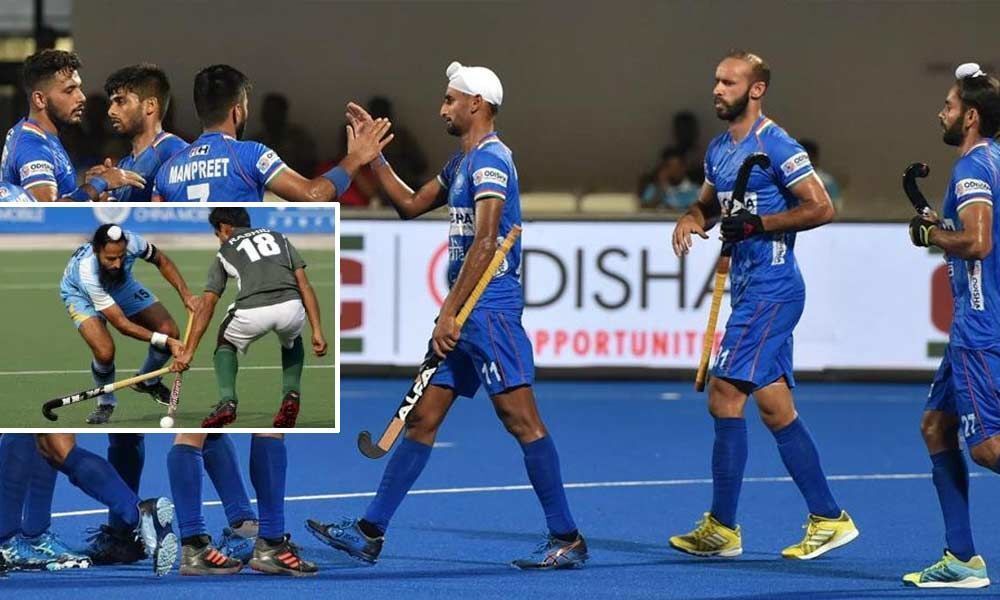 The International Hockey Federation (FIH) is mulling to have India and Pakistan play their home and away matches in Europe if the arch-rivals face off in the Olympic qualifying tournament for a berth at the 2020 Tokyo Games.

Karachi: The International Hockey Federation (FIH) is mulling to have India and Pakistan play their home and away matches in Europe if the arch-rivals face off in the Olympic qualifying tournament for a berth at the 2020 Tokyo Games.

India and Pakistan have been seeded in two separate halves of the draw by FIH on Thursday and they could meet in the Olympics qualifying tournament. According to a source in the Pakistan Hockey Federation (PHF), the FIH will soon be announcing draws for the Tokyo Olympics 2020 qualifiers. "In the qualifiers in September-October, the top tier teams will have to play against the lower tier teams and Pakistan and India which has already won one qualifying tournament could be drawn up against each other," he said.

Pakistan, Egypt, South Korea, Spain, Germany, New Zealand, India, and some other teams are expected to feature in the qualifying tournament for the summer Olympics with seven berths at stake. The PHF source said they had managed to convince the FIH to give them entry in the qualifying tournament after paying the first instalment of the fine imposed on the PHF for not sending its team for the Pro Hockey League earlier this year.

"It is not necessary we might draw up India but if that happens then the FIH will probably schedule the matches in Europe as conditions are not conducive to play the matches in India or Pakistan," he said. Tensions between India and Pakistan escalated in the aftermath of Indian government's scrapping of Article 370 which had accorded special status to Jammu and Kashmir.

The source further said that preparations are on for Pakistan to compete in the Olympic qualifying events as appearing in the Summer Olympics would be a big boost for the game in the country. Pakistan, currently ranked 17th in the world, had missed out on the last Olympic games in Brazil.