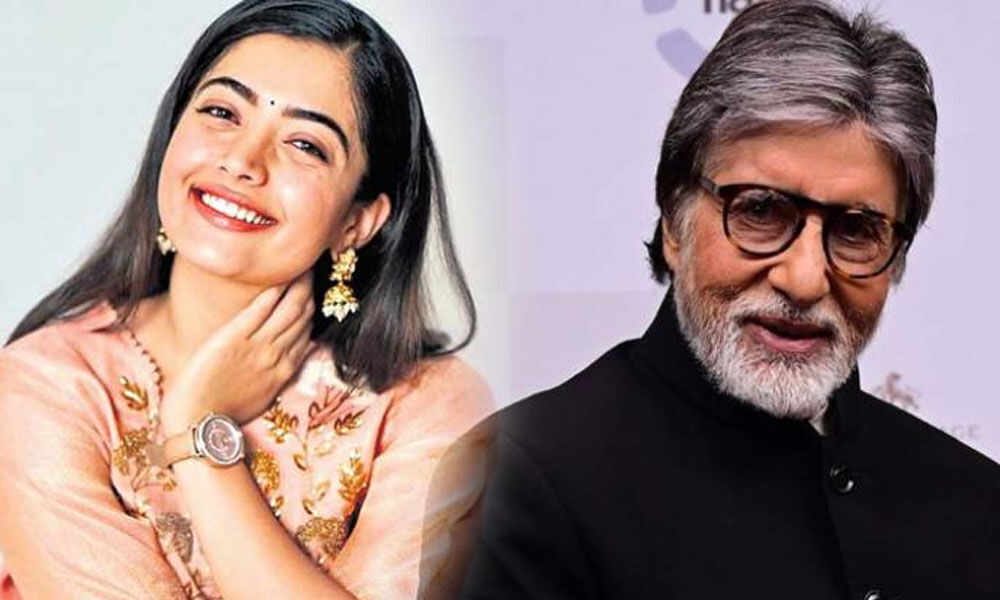 Telugu star Rashmika Mandanna recently courted pan-India limelight starring in Badshah and Yuvan Shankar Raja's new music video "Top Tucker", and is all set for her Bollywood debut. Rashmika has a working birthday on Monday, facing the camera for the Amitabh Bachchan-starrer "Goodbye", which she has signed even before her debut Hindi film "Mission Majnu" released.

Rashmika, who is known for roles in hit Telugu films such as 'Geetha Govindam' and 'Dear Comrade' among others is amused that fans down South have coined the term 'National Crush' to describe her. She prefers to underplay the adulation.

"I am aware of it but at the same time I am not. I know that there is so much love for me out there but I am not swayed by it. I know where my roots are and I know what all this is. I am mindful of who I am a person, so it is not that I am like 'Oh my God!, I get to be swayed away by all love, appreciation'. I am totally grounded and my team hates me for it, but that is the kind of person I am," shares Rashmika, who shares screen space with Sidharth Malhotra in her debut film 'Mission Majnu'.

The film is currently on floors and the actress will wrap her shoot in the coming week. Her next film after 'Mission Majnu' is the Big B-starrer 'Goodbye'. Rashmika shares an interesting anecdote about the film.

"Initially when I read the script, it was just about the script because nobody told me anything about who was going to be cast beside me. I liked the script and later I was told that, Bachchan sir would be in the film and I was like, 'wait, come again. what?!' It sounded too good to be true and I thought someone was playing a prank. Until the announcement was done, I was like, 'ok, is this happening? what is happening, please someone tell me'. Then the announcement happened and I was like 'ok, this is happening'," Rashmika adds and giggles thinking about her reaction.

The actress made her acting debut with the 2016 Kannada film "Kirik Party" followed by the Telugu debut "Chalo". She recently entered the Tamil industry with "Sulthan". Rashmika believes she is a pan-India face because language was never an obstacle in her mind.

"I always believed in breaking barriers. I was never okay with films having language or any other barriers. I think a year down from debuting in Kannada, I was already working in Telugu industry, and two years down in Telugu industry. My first Tamil film has released a year after that, I have Hindi releases now. For me, I never liked the idea of being in one industry. If an actor's film releases only in a particular language then they are only Kannada or Tamil actors. I never liked boundaries and people know it because from day one I have been saying the same thing. I call myself a pan-face, because I think that as a person, I can build around anything and do any work in any industry or language and I can do a damn good job," she claims.