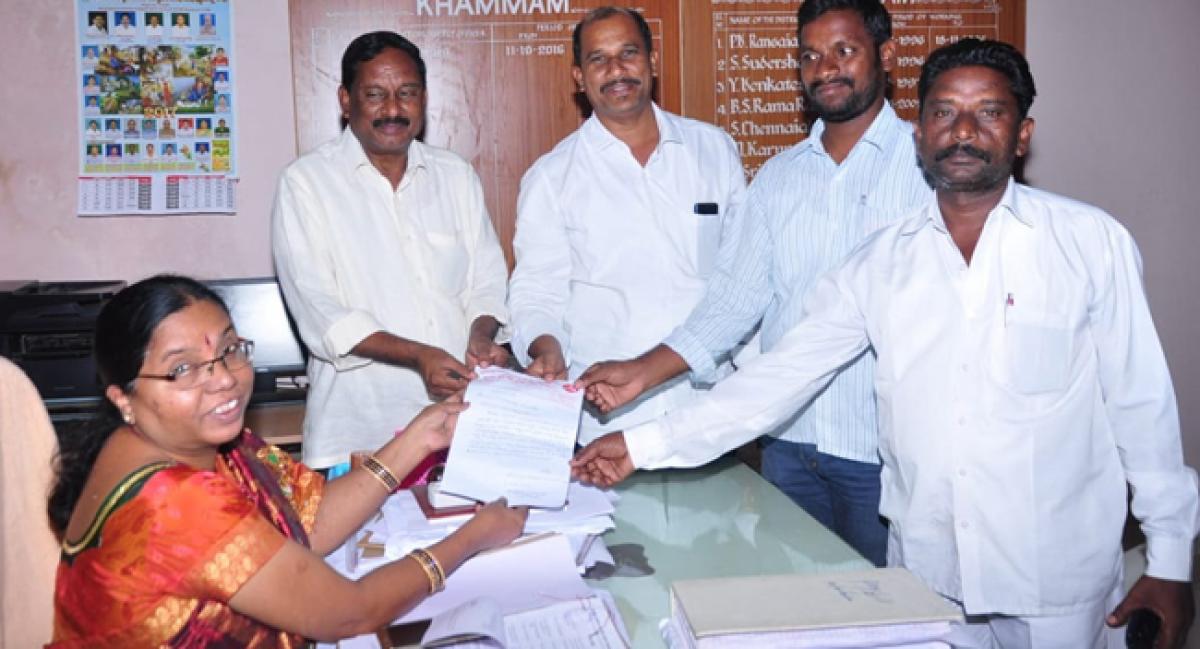 Khammam: The Khammam Corporation Vigilance Committee led by Y Vikram here on Wednesday demanded that the government issue the ration cards for all eligible poor people in the Khammam City. The members of the Vigilance Committee submitted a memorandum to District Civil Supply Officer Sandhya Rani in this regard.

Vikram said a good number of poor people were denied ration cards. These poor people were leading miserable life and they cannot afford to providing fresh food to their children for nourishment. He said the government had failed to issue ration cards to all the eligible.